By late 1994, Chan and faculty within the program sent a proposal for a B.A. in Asian American Studies to the Committee for Education Policy and Academic Planning (CEPAP). CEPAP praised and approved the framework, while students worked to garner 3,000 signatures from across campus to have it pass UCSB’s Academic Senate and send it to a UC system-wide committee.  Their efforts paid off, with the UC system-wide committee reviewing the proposal and swiftly approving it without any complaints, ahead of UCLA’s proposal for a major.  After the major was approved, Chan sent a memo to the Chancellor requesting Departmental status, which was formally granted on January 19th, 1995.

Thus, in the span of nearly a decade, Asian American Studies had gone from a program about to be terminated, to a robust department that was “independent, legitimate, and with plans for long-term survival.” 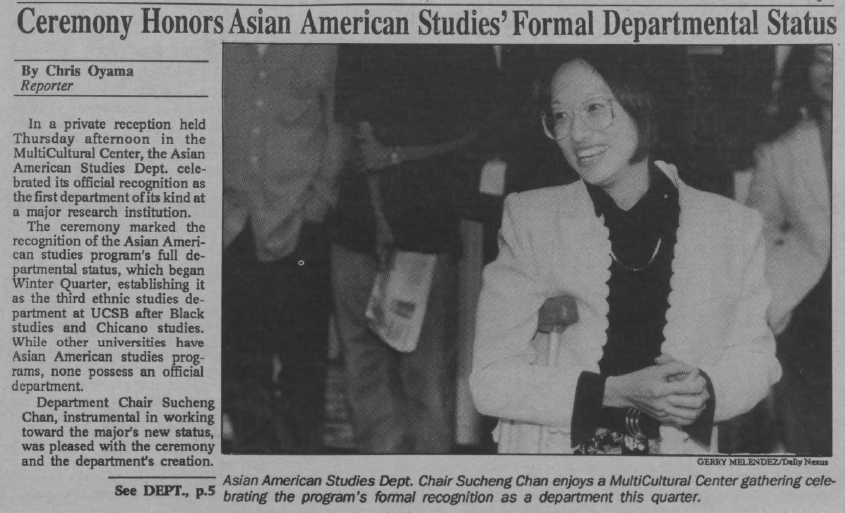 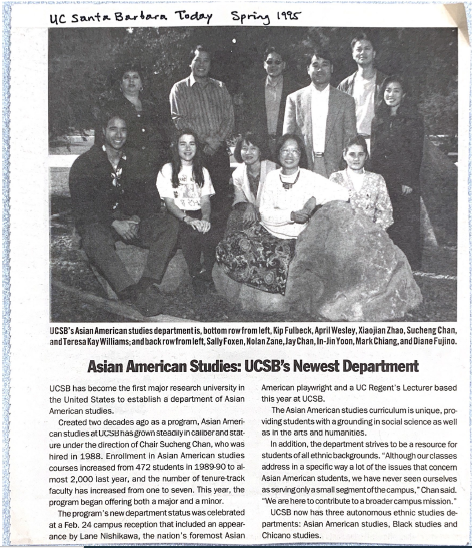