The Department of Asian American Studies proudly recognizes Professor erin Khuê Ninh's guest contribution to the Reappropriate.co blog: Harvard's Bad Counsel. Below are excerpts from her post, outlining how, in a recent effort to address the mental health concerns of their Asian American students, Harvard emphasized behaviors consistent with the formation of the model minority. Professor Ninh continues:

"The university’s Counseling and Mental Health Services posted a tip sheet for Asian American students that was meant to advise on how to 'cope' with anti-Asian racism, xenophobia, and the recent targeted Atlanta murders. It read to many, however, as a hate crime itself. I disagree with that assessment, though. I think it is something differently bad, and importantly different: an inside job.
[The tip sheet] was put on blast point-by-point by undergrad Matteo Wong…and [it] was quickly replaced by an apology. But the question that Wong led with — and which echoed through the ensuing Twitter backlash — is worth returning to:

"WHAT? Please tell me who wrote" a mental health resources page that would start off with "You may wish that you weren’t Asian"?

In Wong’s thread, most responses were of the mind that the unknown author(s) must be non-Asian to have waved stereotypes about so freely, and to have thought so little of the people for whom they are supposedly providing care. About midway down Wong’s thread, however, it emerged that the authors may instead have been two Asian women — a possibility that shocked a few, but mostly failed to register at all.

To those in my circle who do Asian American studies for a living, though, the emotional rhetoric and ideological investments of this racialization were instantly familiar. This call was coming from inside the house.”

Professor Ninh's research centers on the model minority as racialization and subject formation (not myth). Throughlines in her writing and teaching are the subtleties of power, harm, and subject formation, whether in the contexts of terror and war, of family and immigration, or of gendering and rape culture. 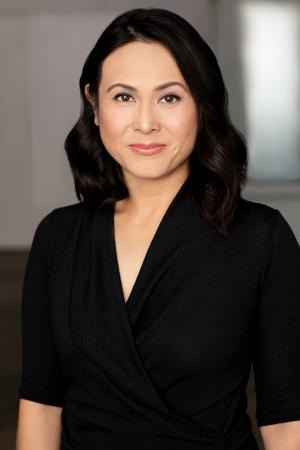